Home / Articles / Minecraft Warden - All about the mysterious mob 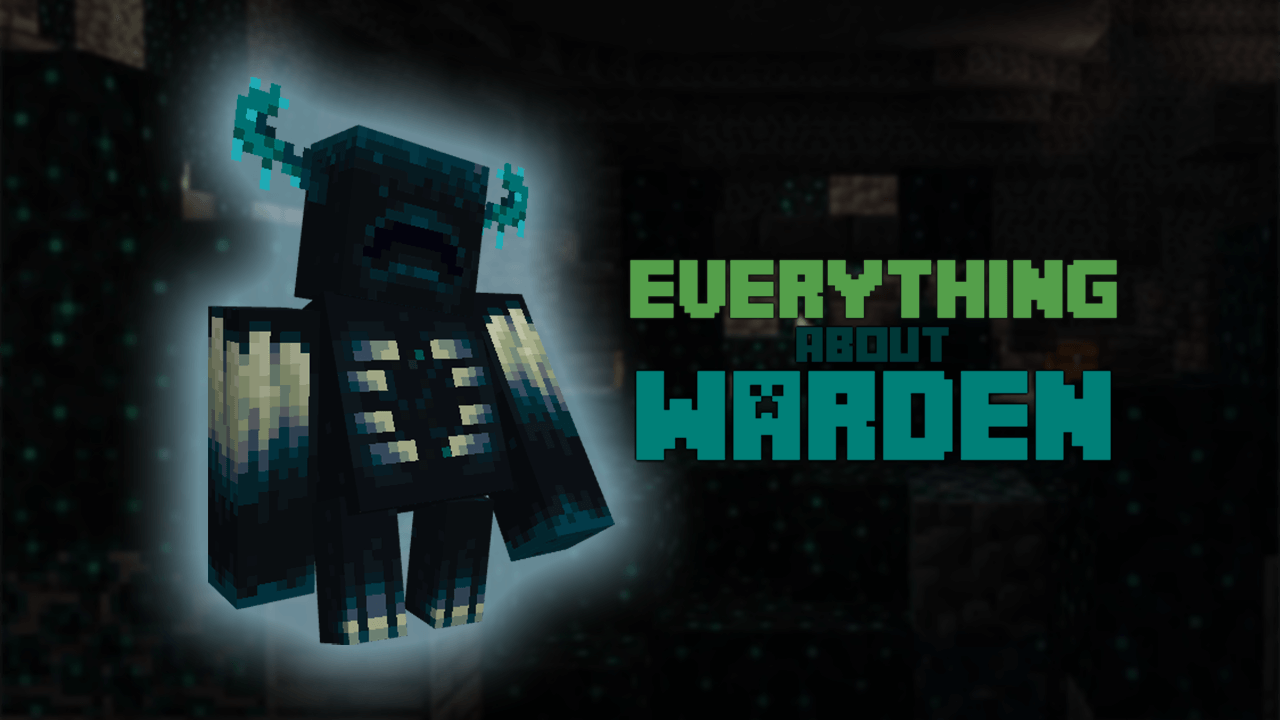 Minecraft Warden - All about the mysterious mob

In this article, we’ll discover everything this new mysterious mob in the game has to offer. From what we should know about it, to how we can defeat it.

Imagine sitting with your friend, talking about Minecraft, and you want to tell him about the new boss that’s going to add a new challenge to the game. Well, this article is sort of the best way you can introduce your friends to this new mysterious mob, the Warden.

Everybody in the Minecraft update community is hyped for the 1.19 update, the Wild Update, which includes the absolute beast of undergrounds, the Warden. But you and many other individuals may not know the first introduction of this mob was actually back in Minecraft Live 2020! It was supposed to be a part of the 1.17 update. Unfortunately, the mob has been delayed, and now it’s a part of the 1.19 update, adding more lore to this mob with the introduction of ancient cities in the Deep Dark biome. 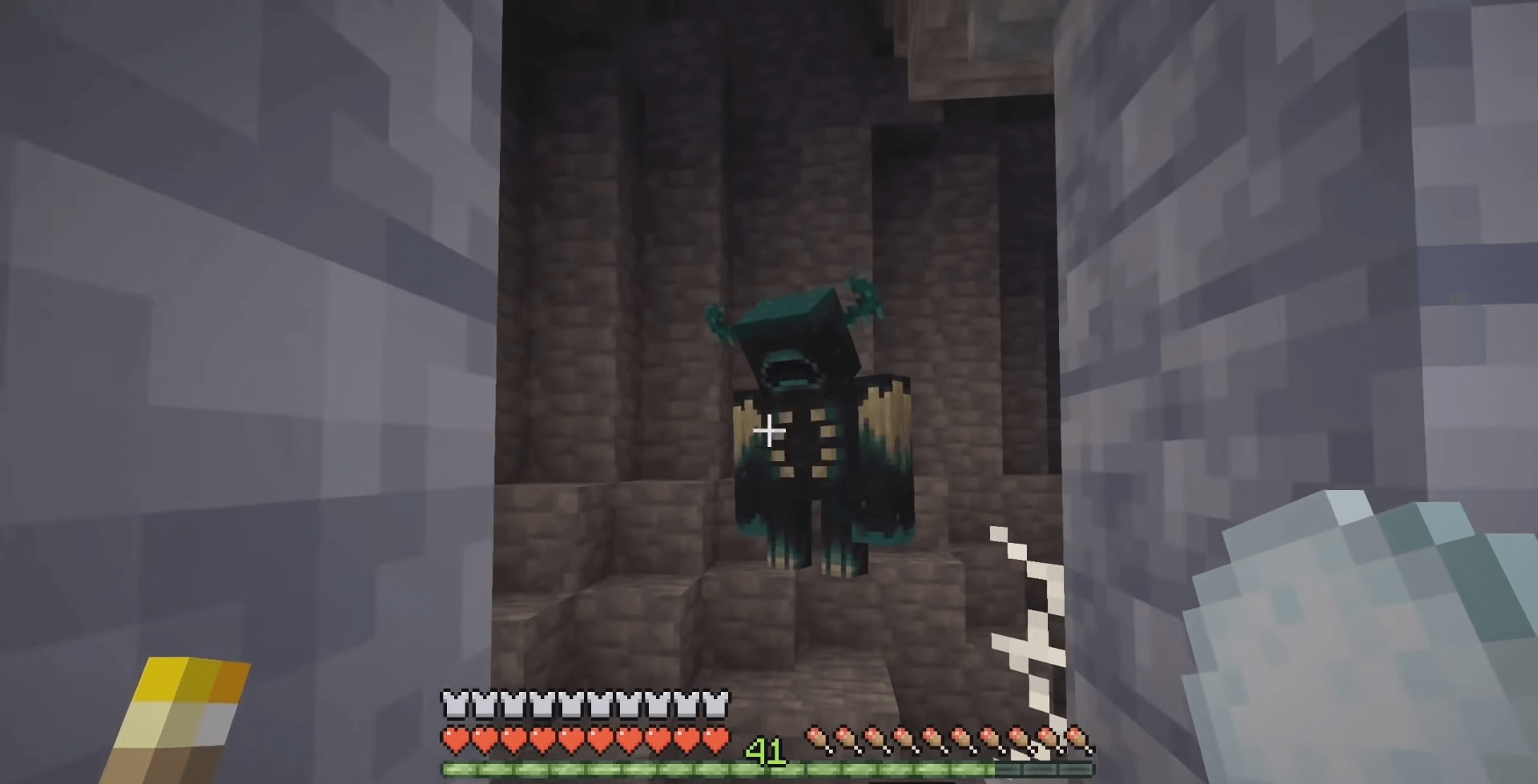 The Warden can be found in the new Deep Dark biome. This biome is generally possessed by souls with a new substance called Sculk. Sculk’s theme is like a blob infection with a dark green color and some bright bluish lights, almost like what you see in the Stranger Things TV series. Sculk Sensors, Sculk Shrikers, Sculk Catalyst, and other related blocks can be found there. The Warden is made out of Sculk material. It’s a blind mob that has ears like the Sculk sensors and boney hands like Sculk shirkers (which has been mentioned by developers).

The Warden is the strongest mob in the entire game. It has 500hp (250 hearts), compared to the Wither (300hp) and the Ender Dragon (200hp). It is so strong that it can kill you with one punch in normal difficulty. So, you probably don’t want to make this mob angry or it’ll be chasing you with almost the speed of a baby zombie!

You might think if that's the case, then we have no chance against this mob. But don’t worry, the Warden doesn’t spawn naturally. Instead, when you trigger the Sculk shrieker blocks (with Sculk sensors or other vibrations), it rises from the ground.

The best thing to do is to avoid the danger; you should keep quiet when you are exploring the Deep Dark or the ancient cities. But if you somehow manage to spawn the Warden accidentally, then you have to make a choice. Since it’s a blind mob, its behavior can be different, depending on your action. You can either go sneaky or start fighting. Not to mention it doesn’t drop any experience or worthy item if you choose to engage.

After the Warden spawns, your vision gets dark with the Darkness effect that a Sculk shrieker applies to you. When the Warden doesn’t receive any vibrations, it sniffs around to find the nearest mob or player. You still have a chance to get away with this by continuing to sneak. As we mentioned earlier, the Warden’s ears act as the Sculk sensors. So you have to be extra cautious about your interactions. Because in this scenario, the Sculk sensors and the Warden are your worst enemies.

You can still distract the Warden by throwing projectiles until you get to a safe spot. But don’t throw too frequently because that makes the Warden realize your position since throwing projectiles makes noise. Alternatively, you can wait about a minute for it to get bored and dig down back into the ground, but that doesn’t mean it’s not going to approach you with the sniffs.

As the Warden receives vibrations of your potential mistakes (no offense to anybody), its chest beat sound becomes faster and faster (the darkness, the sound of Warden… who said Minecraft can’t be scary?). You may make these mistakes a few times, but the angry Warden is the latest thing you want to see, even if you didn’t mind in the first place and wanted to fight with it. There’s almost no escape because the escape could have been an option as soon as it was spawned. Now that its speed has been increased, fighting is going to be an extremely hard challenge. If you thought to yourself that we can hide somewhere its attacks can’t reach us, you are wrong because it is able to charge its ranged sonic-boom attack.

The developers have made the Warden the hardest mob in the game to defeat, just to highlight the fact that you should avoid it. It’s really going to be a fun challenge exploring the places that are being preserved by Sculks and Wardens. Moral of the story; you have to be quiet while looking around in the Deep Dark biome and ancient cities. If you make a mistake, you have to be extra careful. If you don’t do that, then good luck with your armor trying to beat the most powerful mob in the game.

This article was written by Ali Joon, published on May 4th 2022

Hi! I'm Ali, a Minecraft & 2fort enthusiast. I like to share my information with others. But most of the time I'm busy with my studies. Also, I help with the translation of some community projects.